is a national movement actively removing trash from our waterways while promoting personal responsibility. Our goal is to eliminate the trash one pound at a time for our children and generations after.
The concept of iCleanWaterways developed after a daylong float trip with the family. Instead of being the fun-filled, relaxing day planned, it turned into a day of pulling trash out of the water. They pulled out cans, garbage bags, plastic bottles and glass. Reminiscing over how the rivers and lakes used to be so pristine, they wondered if they’d ever see it like that again.
To help with cleanup efforts and to do their part to make waterways a better place for their families and others, founders Nathan & Maryah Wagner knew they had to do more than just pull out some trash every time they took a float trip. They had to become more actively involved and encourage others to do the same. In order to commit more fully to this cause, financial support was needed from those sharing this common interest.
Thus, iCleanWaterways was born.
Previous
Next

We’re out and about every spare moment we have, working to clean our local and regional waterways.  Keep up with us as we continue our efforts, working toward national waterway cleanups.

It’s no secret, our intention is to impact change.. for the better.  We want to also inform our community where there’s room for improvement in the areas of conservation and protection efforts.  Anytime you want to check in on recent accounts of our efforts, check out our documentation below.

Thank you again, Great Rivers for helping us make a few waves. 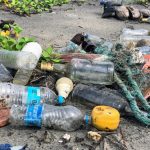 iCleanWaterways is a national movement actively removing trash from our springs, creeks, rivers and our many lakes while promoting personal responsibility. Our goal is to eliminate the trash one pound at a time for our children and generations after.